Las Vegas is a fascinating city with a wealth of intriguing highlights, from its massive buffets towering with food to its wild and wacky wedding chapels. This city doesn’t do anything small or subtle, with more than 15,000 miles of neon tubing illuminating Las Vegas for tourists and the seemingly out-of-this-world Sky Beam from the Luxor beckoning to people from hundreds of miles away.

If you’re fascinated by Las Vegas, you’re certainly not alone. This city offers a wealth of intriguing facts and stories that are worth learning about. If you’re a lucky resident of the area, just read on for a few new tales that you can tell about the bold and beautiful place that you get to call home. 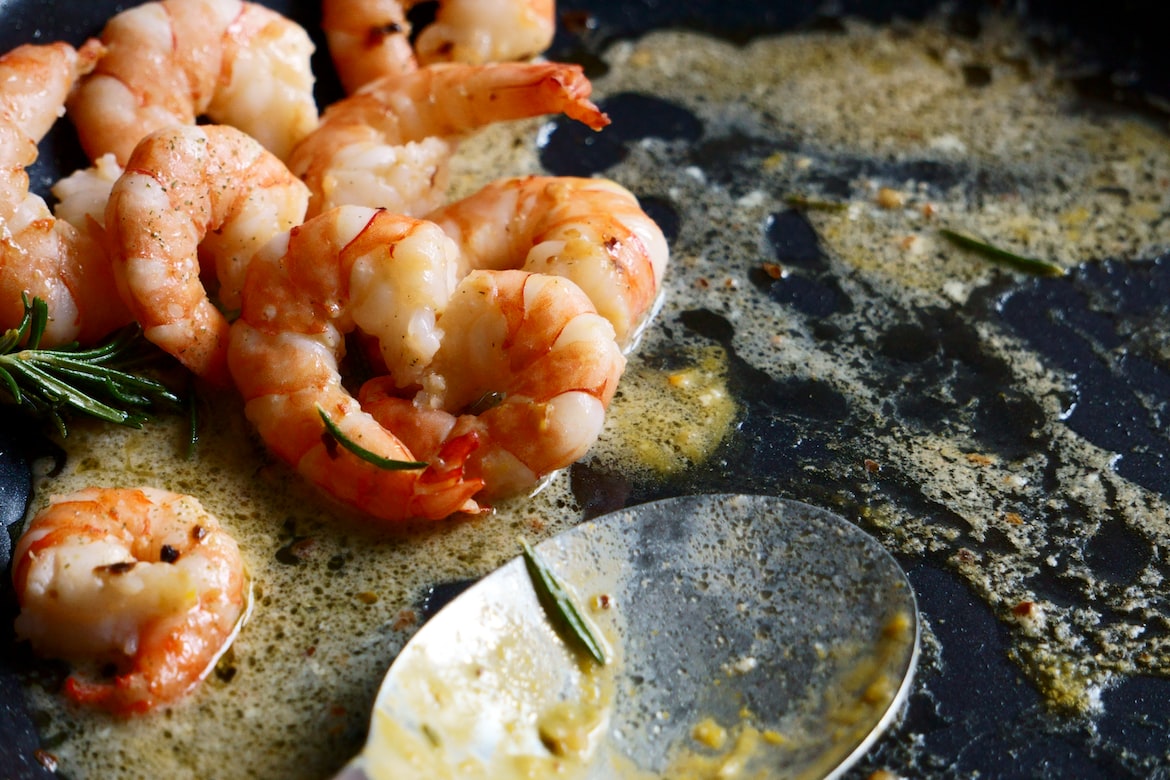 Image via Unsplash by Patrik Kay

It’s estimated that each day, the city of Las Vegas goes through more than 60,000 pounds of shellfish. The majority of this shellfish is in the form of shrimp. Small, sweet, sustainable, and easily sourced, shrimp provide the best bang for the buck when it comes to seafood. Walk into nearly any buffet in Las Vegas and you’ll find mountains of it, all available in an all-you-can-eat form that allows for great gluttony.

The thirty tons of shrimp that the city plows through each day is enough to fill an 18-wheeler semitrailer. Consumption at this scale may seem nearly impossible, and some do question this statistic. However, a closer look at some of the regular delivery schedules in the city might make you less incredulous. Consider that Supreme Lobster delivers 20,000 pounds of shrimp just to Caesars’ properties each day. This is just one of five major distributors in Las Vegas delivering to just one of the city’s major outlets. To be sure, shrimp is a wildly popular food product here.

The Luxor Has its Own Ecosystem

The intensely bright light on top of the Luxor, known as the Sky Beam, is so bright that it attracts its own unique ecosystem. This brilliant beam of light has roughly 40 billion candlepower. The Sky Beam is produced by a collection of 39 powerful 7,000-watt bulbs. Though these were originally operated at once, the hotel has since cut back to running about half of the bulbs at any given time.

This light attracts a monumental number of moths, creating an all-you-can-eat buffet that’s typical of Las Vegas, but catered toward a different type of creature. The moths, in turn, bring bats who are thrilled to find such a nocturnal feast. However, the bats run the risk of becoming dinner for the owls who are drawn to the unique ecosystem of the Sky Beam as well. The abundance of flying creatures swarming over the Sky Beam has led to reports of UFOs and other phenomena, though the reality is simply that moths flock to the light like a flame.

The Bellagio Holds a Record for Fountains

One of the most common stories about the Bellagio fountains is actually a myth. Though it’s widely said that these fountains circulate grey water recycled from the laundry, sinks, and tubs in the hotel, this simply isn’t true. What is true is that the Bellagio holds a Guinness World Record for the number of fountains in its lake. More than 1,200 fountains power the stunning show that’s one of the Bellagio’s most distinctive features. This includes:

The Bellagio’s fountain shows use around 22 million gallons of water. As for the source of all that water, it comes from an on-site well maintained by the resort. MGM maintains 10 wells located along the Las Vegas strip that provide about 10% of the water that the MGM Resorts use. To help conserve water, the Bellagio adjusts its schedule in response to wind and heat to minimize evaporation.

The fountains’ stunning performance is one of the most highly photographed sights in Vegas. You can see it in all its glory in movies like Ocean’s 11, The Hangover Part III, and Jason Bourne.

On average, there are 300 weddings in Las Vegas every day. About 80% of these are visitors to the city and not locals. Historically, tourism for weddings has made up about 4% of the city’s visitor volume, creating $69 million in tax revenue each year.

You can get your marriage license for around $80, and quickie weddings can cost as little as $50. Even a chapel wedding can come in around $100. Compare this to the average cost of a traditional wedding, which is estimated at around $19,000, not including the reception. It’s easy to see why Vegas weddings can have so much appeal, easily coming in as one of the easiest and most affordable ways to get hitched.

If you’re interested in a Vegas wedding, it’s important to note that you need to get your license before you show up at the chapel, though you can fill out your application easily online and many clerk’s offices are open until midnight. There’s no waiting period required once you have your license, but you may still need to plan ahead to pull off your wedding here, as many popular chapels and other wedding venues book up quickly and well in advance.

What did you learn from this rundown of interesting information about Las Vegas? Do you have some additional facts that we should add? Contact our team at De Castroverde Criminal & Immigration Lawyers and let us know. We’re always interested in learning more about our area.