Some people choose to have at-home watch parties for the FIFA World Cup, but if you’re like many other fans, you probably want to focus on watching the game rather than hosting. Fortunately, Las Vegas is the perfect place to be if you want to go out and watch the World Cup. Sin City is home to tons of venues that will let you watch with friends, meet fellow soccer fans, drink beer, and cheer without fear of bothering your neighbors.

Having served the area for years, De Castroverde Law Group is familiar with how important the World Cup is to locals and tourists in Las Vegas. Read on to discover some of the best places to watch. With our recommendations, we hope that you and your group can plan fun outings in our city to experience the World Cup.

When You Can Watch the 2022 World Cup 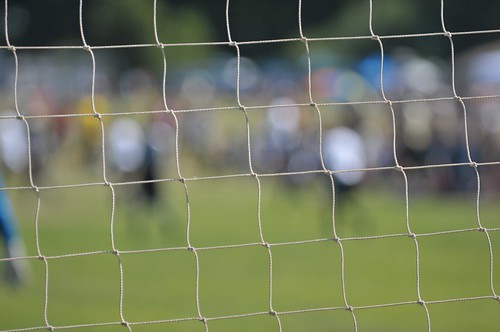 Before diving into our recommendations, we thought it’d be worth mentioning when you can watch the 2022 World Cup. The event is set to take place from Nov. 20 to Dec. 18. If you’re a loyal soccer fan, you might notice that this schedule is much later than the normal May, June, or July schedules.

The timeframe shift is to accommodate the World Cup occurring in Qatar, a country with the intense summer heat. FIFA decided on a later schedule to protect players and ensure the World Cup’s first appearance in an Arabian country was a good experience. Now that you know games will be occurring throughout late November and early December let’s discuss some of the best places in Las Vegas to watch.

Crown & Anchor is a British pub in Las Vegas with two locations, one on Tropicana Avenue and one on Spring Mountain Road. Whichever one you go to, you’ll find that this pub is the perfect place to watch soccer. Enjoy classic British dishes like fish and chips, bangers and mash, and lamb stew in a Yorkshire pudding. The bar has 30 draft beers and ciders from Europe and America, giving you plenty of variety. If you’re looking for even more diversity, tap into the large selection of bottles from around the world.

Lots of British fans congregate at Crown & Anchor during the World Cup, but you can have a good time even if you’re not rooting for England. The bar is open 24/7, meaning you can watch televised games no matter the time of day. Set up in the open spaces if you want to be part of the action or retreat to the abundant nooks and crannies for a more intimate watch party.

You can also chill out on the shaded grassy patio that permits dogs, so feel free to bring your furry friend. During halftimes, entertain yourself with bartop video poker machines, foosball, darts, and an internet jukebox.

Several years ago, the Wynn did a major renovation of its sportsbook and added Charlie’s Bar + Grill directly next to it. Ever since this establishment has been a hotspot for watching major sporting events like the World Cup. Multiple screens give you the best view of the action from every angle. The bar’s proximity to the sportsbook means you can easily place bets and raise your stake in the games. The dress code is resort casual, making the bar ideal if you want a slightly fancier atmosphere than a regular pub.

Charlie’s Bar + Grill opens earlier on the weekends and serves breakfast, meaning you can get a bite to eat and enjoy the game if your favorite team has a morning game. Enjoy delicious breakfast dishes like fried egg sandwiches, omelets, and the Ultimate Charlie Breakfast Burger. Lunch and dinner items include Italian sandwiches, turkey clubs, Chicago-style hotdogs, and sliders. Enjoy beer from local brewers, or try draft picks from areas ranging from Nevada and California to Mexico and Belgium.

On Tropicana Avenue, McMullan’s Irish Pub is home to true soccer fans. The establishment streams Major League Soccer and English Premier League games year-round, making it no surprise that it hosts World Cup watch parties. You and your friends will enjoy a welcoming, lively atmosphere that gets you excited for the game. Authentic menu items like shepherd’s pie and corned beef and cabbage will satisfy your appetite, and you can wash them down with various beer and happy hour specials.

Blondie’s Las Vegas on Las Vegas Boulevard is a go-to among locals, and it certainly fills up fast when the World Cup rolls around. It features over 60 televisions ranging from 32 inches to 12 feet, meaning you’ll see every play no matter where you sit. Traditional bar appetizers and baskets will keep you full, and you can celebrate scores with a wide selection of beer and specialty drinks.

If you’ve been in Las Vegas for even a short amount of time, you’ve probably noticed PT’s Tavern. This franchise owns over 60 taverns in Sin City, some of which are under names like PT’s Pub, PT’s Ranch, and Sierra Gold. These establishments are open 24/7 and have plenty of screens for your World Cup viewing pleasure.

Hofbrauhaus Las Vegas is an authentic beer hall that’ll attract tons of German fans during the World Cup. Classic Bavarian and seasonal beers come directly from Munich and adhere to Purity Law, which says that only barely, hops, and water are acceptable for brewing beer. While screens will feature the World Cup during late November and early December, you can also enjoy the daily live entertainment.

The World Cup only comes around once every four years, so it’s important to make the most out of your watching experience. This list features places with various atmospheres and crowds, meaning you should be able to find the perfect spot. If you have other suggestions, feel free to let us know here at De Castroverde Criminal & Immigration Lawyers. We’re just as excited about the World Cup as you are and would like to stay engaged with local recommendations.

Photo Credits: Soccer Net by hutfour4 is licensed with CC BY 2.0