Attending a live music performance can be an exciting opportunity to see some of your favorite artists perform and experience a sense of community with other music lovers. Whether you’re the first one in the mosh pit or you prefer to enjoy the show from the comfort of a seat, a concert can bring different people together to revel in the fun of live music. Reno, Nevada, has no shortage of exciting events to attend. We made a list of our favorite shows that happened in April, let us know if we might have seen you at one of these! 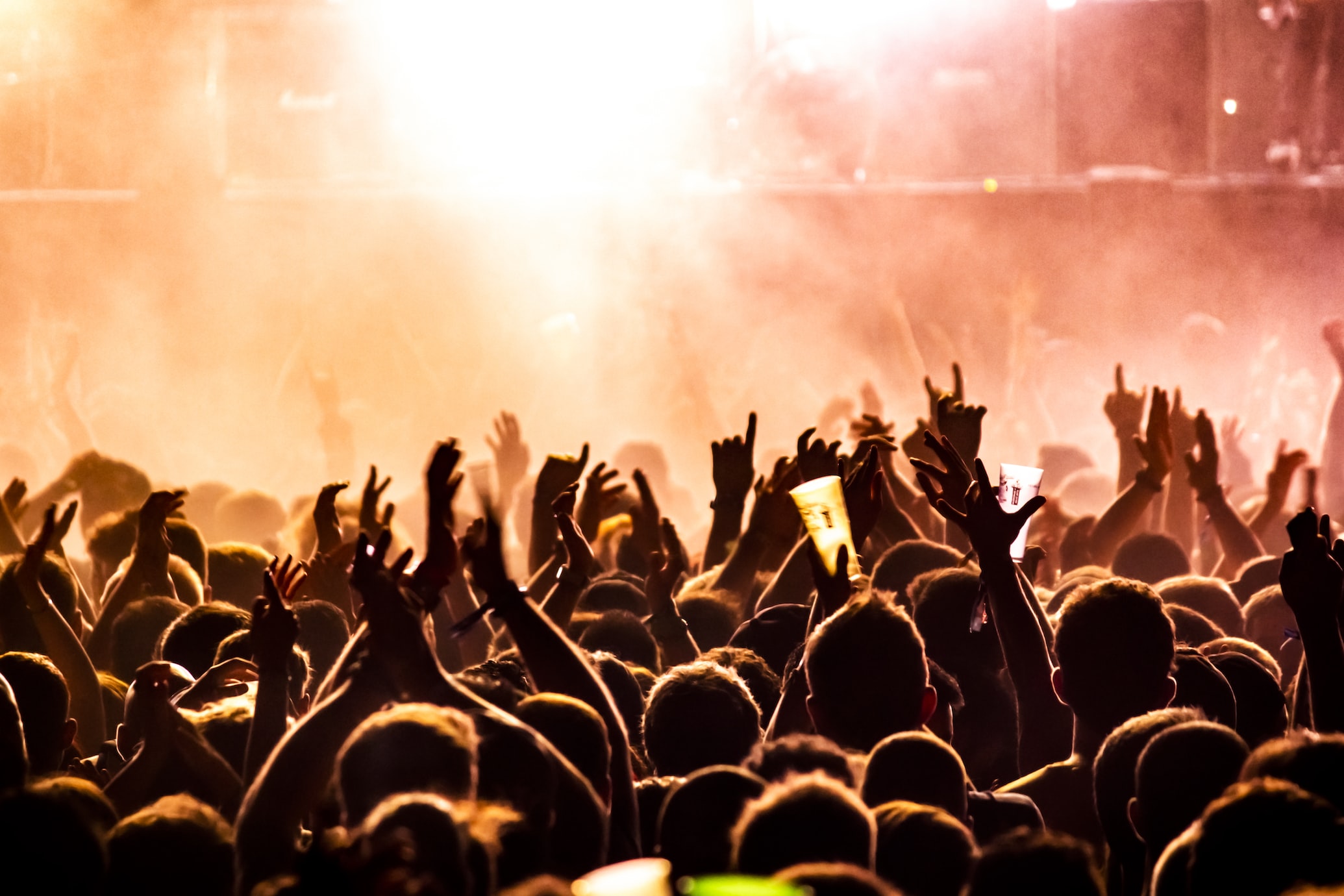 Chart-topping country band Midland brings their Last Resort Tour to Reno this spring. Known for their traditional country sound, this trio broke into the scene in 2016. Since then they’ve received a range of Grammy, CMT Music, Country Music Association (CMA), and Academy of Country Music (ACM) Award nominations, and they even won the ACM Award for New Vocal Duo or Group of the Year in 2018.

Presented by The ROW, Midland will play the Reno Ballroom at the Silver Legacy Casino on Friday, April 1. Showtime starts at 8 p.m., and tickets are available through the venue and Ticketmaster. Don’t miss your opportunity to see this rising act in an intimate setting before they hit the Stagecoach Festival in California later this spring.

Known for his rapid-fire rhymes, lyrical dexterity, and frizzy hair, RITTZ stops in Reno this spring as part of his Loud & Clear Tour. After releasing several mixtapes, he released his debut album in 2013 and has released six more since then. Despite dealing with a series of issues with managers and record labels, RITTZ made a name for himself and built a dedicated fanbase by focusing on interacting with fans after his shows.

RITTZ is appearing at the Alpine at Record Street Brewing Co. on Monday, April 4. Showtime at this intimate venue starts at 8 p.m., and tickets are available through TicketWeb. Be sure to arrive early to enjoy opening acts like Grieves and Trizz.

ATTILA returns to the round this spring with their RAGE FEST tour. Nearly one year after the release of their eighth studio album, the metalcore band is back with another headlining tour. Prepare to party with this nu metal band as they play a selection of songs from their nearly 20-year career.

ATTILA will appear in Reno on Monday, April 11, at Virginia Street Brewhouse. Tickets are available via TicketWeb, and the show requires guests to be at least 21 years old with valid identification. Showtime starts at 7 p.m., and make sure you arrive on time so you don’t miss the supporting acts, which include He Is Legend, Islander, and Crown Magnetar.

Metalcore band All That Remains embarks on a tour this spring to celebrate the 15th anniversary of its third studio album “The Fall of Ideals.” Released in July 2006, this album helped the band to break through onto the heavy metal scene, and it even entered the Billboard 200 at the number 75 spot and went on to sell more than 175,000 copies globally. All That Remains will play the album in full on this tour.

All That Remains brings their tour to Reno on Saturday, April 16, at Cargo Concert Hall. Tickets are available through the venue and Eventbrite. Showtime starts at 6:30 p.m., and be sure to arrive early to catch other metalcore acts like Miss May I, Varials, and Tallah.

Husband and wife duo David Foster and Katharine McPhee bring their combined talents to Reno for a night of musical excellence. With a career spanning more than five decades. Foster is a renowned keyboardist, composer, arranger, and producer. He’s created original work and collaborated with other musical legends, such as Chuck Berry, Rod Stewart, Dolly Parton, Aretha Franklin, Celine Dion, and dozens more. McPhee first gained notoriety on the fifth season of “American Idol,” and, since then, has released five albums, appeared in several films and television shows, and starred in the lead role of Jenna in “Waitress” on Broadway.

In 2021, Foster and McPhee appeared together on the sixth season of the television show “The Masked Singer,” competing as the Banana Split duo. However, they’re now hitting the road together, stopping in Reno on Saturday, April 16 at the Grand Theatre at the Grand Sierra Resort and Casino. Showtime begins at 8 p.m., and tickets are available through the venue and Ticketmaster.

Get ready to rock with Alice Cooper this April. Joined by KISS guitarist Ace Frehley as a special guest, Cooper is hitting the road this spring to celebrate his new album, “Detroit Stories,” and 50 years of the iconic rock anthem “School’s Out.” Prepare yourself for a night of theatrical antics, shock rock, and surprises.

Don’t miss your chance to see this Rock ‘n Roll Hall of Famer in Reno. Cooper brings his tour to the Grand Theatre at the Grand Sierra Resort and Casino on Friday, April 22. Showtime begins at 7:30 p.m., and tickets are available through the venue and Ticketmaster.

The Godmother of Soul returns to Reno once more. With over 50 years in the music business, the incomparable Patti LaBelle continues to grace the stage and share her talents with the world. Be sure to bring your dancing shoes to enjoy hits like “Lady Marmalade” and “New Attitude.”

LaBelle brings her legacy of elegance and grace to the Silver Legacy Casino on Friday, April 22. Showtime starts at 8 p.m., and tickets are available through Ticketmaster. It’s important to purchase your tickets through the venue or Ticketmaster directly because Silver Legacy Casino doesn’t accept tickets from other vendors, and you don’t want to miss your chance to see a legend like LaBelle.

We’ve reached the end of our list of seven music performances to check out in Reno in April. Concerned we missed something? Let us know. Contact us today at De Castroverde Criminal & Immigration Lawyers to tell us about an upcoming concert to add to our list. Keep in mind these are only a few of the concerts coming up in April, so be sure to check your favorite artists’ websites to see when they may play in Reno next.