Can Being Arrested Affect My Immigration Status? 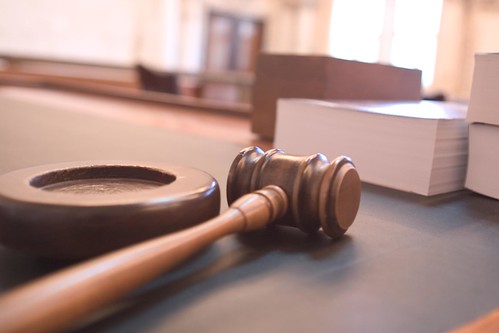 Being arrested and charged with a crime can affect your immigration status negatively. It may reduce your chances of obtaining citizenship or a work visa. It can also increase your chances of deportation, especially if you’re undocumented. Anyone trying to immigrate to the United States and is arrested or charged with a crime in their home country may also be denied entrance. All arrests are registered with the National Crime Information Center (NCIC). Once you’re fingerprinted and photographed, that information is uploaded into the federal database of criminal records.

Even if you’re acquitted, after an arrest, you’re required to advise employees of Homeland Security, employees of the State Department, and immigration officers when asked. If you fail to admit to the arrest when asked, you could be convicted of fraud to gain an immigration benefit. If you’ve been arrested, reach out to an experienced immigration law attorney at De Castroverde to discuss your case. We will work hard to minimize the effect your arrest has on your immigration status.

Does Being Convicted Affect My Immigration Status?

Much like an arrest, any convictions are entered into the NCIC system. These records are then considered when deciding immigration status. Whether you pled guilty in court, had a guilty judgment entered against you, pled no contest, or entered a program such as community service, this judgment will be part of the decision-making process. An expungement also has no effect for immigration purposes on convictions. It doesn’t matter how long of a sentence you served, whether you were let out early, or whether you were an ideal inmate.

While minor traffic violations will not result in deportation, DUI/DWI, drug crime convictions, and other misdemeanors may have a negative consequence on your immigration status. If you or a loved one has been convicted of a crime while applying for U.S. citizenship, contact a lawyer with experience in immigration laws to fight for your rights. Each case is unique, and having someone with your best interests in mind is the best way to reduce the impact of your conviction on your immigration status.

Can Leaving the United States Affect My Immigration Status?

Before you leave the country for any length of time, reach out to an immigration lawyer to better understand the citizenship rules as applied to your specific situation.

Does Losing My Job Affect My Immigration Status?

Foreign nationals working in the United States on temporary visas can obtain green cards through employer sponsorship. This means that a U.S. employer who has attempted to recruit U.S. citizens for workers can submit an I-140 Petition for Immigrant Worker to USCIS. If USCIS approves the petition, the foreign national can apply for a green card.

Unfortunately, if the foreign national loses their job during the application process, they will likely have to begin the entire process again with a new employer. If your application has been pending for more than 180 days and you’re able to find employment within a similar position, you may not have to start the process over.

Every immigration status case is different, so it’s crucial to have an attorney who understands immigration law on your side. They work hard to ensure that your rights are protected, and your status is impacted as little as possible. Reach out to the team at De Castroverde Criminal & Immigration Lawyers today to discuss the details surrounding your situation.