The filing of criminal charges allows states such as Nevada to hold people accountable when they break the law. The charge represents an accusation that you have violated society’s rules, as expressed through various statutes.

But the law also puts limitations on the government. For example, in almost every instance, prosecutors have a limited amount of time in which they can file charges. This is the law known as the statute of limitations.

In Nevada, as in other states, the prescribed statute of limitations covers civil and criminal cases. The timing may vary depending on the nature of the criminal offense or the type of lawsuit.

Here’s a primer on the statute of limitations for common crimes in Nevada and how it gets applied.

What’s the Purpose of a Statute of Limitations? 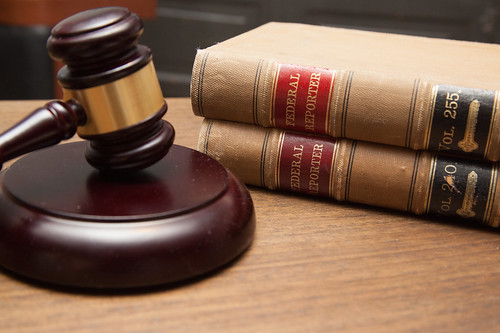 A statute of limitations is a law that prevents civil claims or criminal charges from proceeding if they are filed after a specific time has elapsed. Statutes of limitations have been a cornerstone in our justice system for more than a century.

They exist as a matter of fairness for the accused. Over time, witnesses move away, die, or their recollections become fuzzy. Pieces of physical evidence can get lost. The passage of time makes it more challenging to defend yourself. Statutes of limitations also help bring efficiency to the court system by requiring parties to act instead of using time as a tactic.

How Does the Statute of Limitations Work?

The time periods of statutes of limitations will vary depending on the crime. The most severe crimes have the longest limitation periods. The time frame referenced in a statute of limitation generally begins to run on the date of a particular incident, though that can also be a matter for debate in court. There are exceptions within specific laws, such as those pertaining to child sexual abuse, which can take many years to come to light. Most statutes of limitations include language allowing for situations where the parties knew or should have known of an incident.

Statute of Limitations for Common Crimes in Nevada

Statute of Limitations for Misdemeanors

Crimes with No Statute of Limitations in Nevada

Some offenses are considered so serious under the law that the legislature allows them to be prosecuted at any time. There is no prescribed statute of limitations in Nevada for:

These offenses are considered Class A felonies and, under certain circumstances, can include a sentence of life in prison without the possibility of parole.

Statute of Limitations for Sex Crimes

Another circumstance where the statute of limitations does not apply is when the identity of the person charged with sexual assault is established through DNA protocols.

If you are charged with a crime or believe you are under investigation for one, it’s time to consult with an experienced criminal law attorney. The De Castroverde Law Group team includes former government prosecutors who understand how the criminal justice system works, including the elements impacting the statute of limitations. We will work closely with you to determine your case’s facts, help you collect evidence to build a defense, and represent you at every stage to ensure your rights are fully protected.

Our team has experience in all forms of criminal practice areas, including arson, battery, bad checks, pre-file investigations, professional licensing and disciplinary proceedings, casino markers, and numerous others. Call us or contact us online today for an immediate consultation.